There’s a running theme lately.  I fall smitten with each port and ultimately end up begging Tom to stay “one more day”.  Montréal was no different.  It is such a gem!  (is a pearl a gem?)  It truly felt like we were in Paris all over again.  We stayed at the Montréal Yacht Club.  Aside from the city being completely captivating, this was the best marina to date.  So close to everything, impeccably kept and boasted an incredibly romantic view from the boat.

We started the week with a hike.  Mount Royal was scenic and the perfect way to get our feet wet in the city. 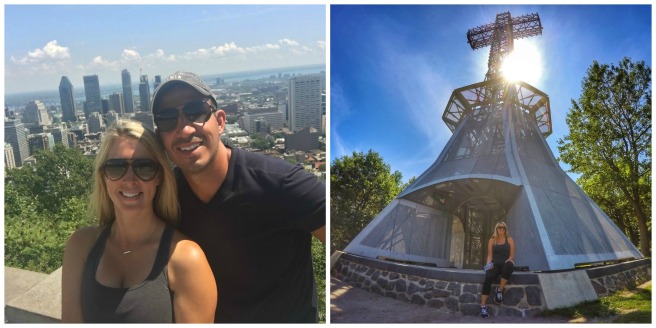 Then we noticed an amusement park in the distance from our marina.   After our rendezvous at the Wildwoods boardwalk, we eagerly snagged tickets and hopped in line for the roller coasters.

Days 2 through 6 were basically a scavenger hunt for beef tartare, muddled cocktail concoctions and all things patisserie. 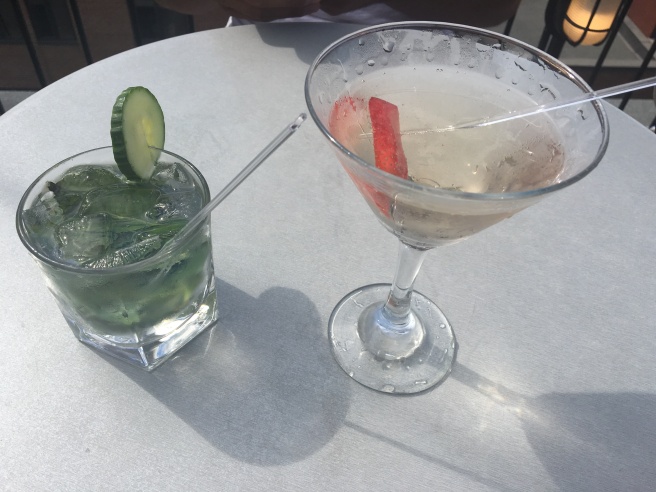 What is it about a Farmer’s Market?

Every female I know will attest to this.  There is something enticing about it.  Tom attributes it to the hunter/gatherer theory, but whatever it is, it ignites my senses and excitement for food and people.  From the butcher to the fromager to the gardener, each and every vendor is passionate about their bounty and I love getting wrapped up in the entire scene.   We made more than one trip to Marché Atwater.  On the first trip I had to bat my eyelashes to get my better half to join me.  On the second trip…there was no arm twisting and while he wouldn’t openly divulge it, I was actually the first one ready to leave!

The evenings were littered with rooftop terraces and romantic “see & be seen” eateries.

On our last day in the city we decided to d.e.t.o.x.  While on a morning run we came across a spa…on a boat!  So fitting and appropriate that we couldn’t possibly pass it up.

So with that, we’re off again.  Toronto bound with a layover in the 1000 Islands.  I’m so tired of LOCKS and I know you’re tired of hearing about them…but since this was the last one (for the short term) and also the largest thus far AND since I forgot to put my gloves on and now have blisters to prove my efforts, I thought one last lock photo was in order. 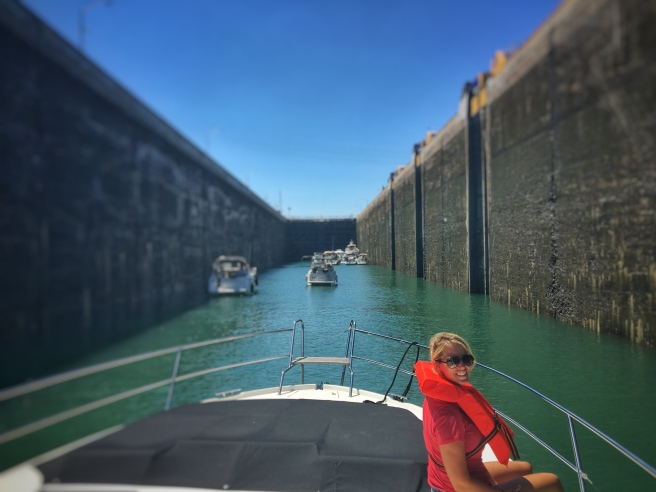